We’ve all come across the images of polar bears drifting on ice floes: emblematic victims of the global warming that’s melting the polar ice caps, symbols of the threat to the earth posed by our ceaseless energy production—above all, the carbon dioxide that factories and automobiles emit. We hear louder and louder demands to impose limits, to change our wasteful ways, so as to save not only the bears but also the planet and ourselves.

In political discourse and in the media, major storms and floods typically get presented as signs of impending doom, accompanied by invocations to the environment and calls to respect Mother Nature. Only catastrophes seem to grab our attention, though, and it’s rarely mentioned that warming would also bring some benefits, such as expanded production of grains in previously frozen regions of Canada and Russia. Nor do we hear that people die more often of cold weather than of hot weather. Isolated voices criticize the alarm over global warming, considering it a pseudoscientific thesis, the true aim of which is to thwart economic modernization and free-market growth and to extend the power of states over individual choices.

Not being a climatologist myself, I’ve always had trouble deciding between these arguments. And then I met Judith Curry at her home in Reno, Nevada. Curry is a true climatologist. She once headed the department of earth and atmospheric sciences at the Georgia Institute of Technology, until she gave up on the academy so that she could express herself independently. “Independence of mind and climatology have become incompatible,” she says. Do you mean that global warming isn’t real? I ask. “There is warming, but we don’t really understand its causes,” she says. “The human factor and carbon dioxide, in particular, contribute to warming, but how much is the subject of intense scientific debate.”

Curry is a scholar, not a pundit. Unlike many political and journalistic oracles, she never opines without proof. And she has data at her command. She tells me, for example, that between 1910 and 1940, the planet warmed during a climatic episode that resembles our own, down to the degree. The warming can’t be blamed on industry, she argues, because back then, most of the carbon-dioxide emissions from burning fossil fuels were small. In fact, Curry says, “almost half of the warming observed in the twentieth century came about in the first half of the century, before carbon-dioxide emissions became large.” Natural factors thus had to be the cause. None of the climate models used by scientists now working for the United Nations can explain this older trend. Nor can these models explain why the climate suddenly cooled between 1950 and 1970, giving rise to widespread warnings about the onset of a new ice age. I recall magazine covers of the late 1960s or early 1970s depicting the planet in the grip of an annihilating deep freeze. According to a group of scientists, we faced an apocalyptic environmental scenario—but the opposite of the current one.

But aren’t oceans rising today, I counter, eroding shorelines and threatening to flood lower-lying population centers and entire inhabited islands? “Yes,” Curry replies. “Sea level is rising, but this has been gradually happening since the 1860s; we don’t yet observe any significant acceleration of this process in our time.” Here again, one must consider the possibility that the causes for rising sea levels are partly or mostly natural, which isn’t surprising, says Curry, for “climate change is a complex and poorly understood phenomenon, with so many processes involved.” To blame human-emitted carbon dioxide entirely may not be scientific, she continues, but “some find it reassuring to believe that we have mastered the subject.” She says that “nothing upsets many scientists like uncertainty.”

This brings us to why Curry left the world of the academy and government-funded research. “Climatology has become a political party with totalitarian tendencies,” she charges. “If you don’t support the UN consensus on human-caused global warming, if you express the slightest skepticism, you are a ‘climate-change denier,’ a stooge of Donald Trump, a quasi-fascist who must be banned from the scientific community.” These days, the climatology mainstream accepts only data that reinforce its hypothesis that humanity is behind global warming. Those daring to take an interest in possible natural causes of climactic variation—such as solar shifts or the earth’s oscillations—aren’t well regarded in the scientific community, to put it mildly. The rhetoric of the alarmists, it’s worth noting, has increasingly moved from “global warming” to “climate change,” which can mean anything. That shift got its start back in 1992, when the UN widened its range of environmental concern to include every change that human activities might be causing in nature, casting a net so wide that few human actions could escape it.

Scientific research should be based on skepticism, on the constant reconsideration of accepted ideas: at least, this is what I learned from my mentor, the ultimate scientific philosopher of our time, Karl Popper. What could lead climate scientists to betray the very essence of their calling? The answer, Curry contends: “politics, money, and fame.” Scientists are human beings, with human motives; nowadays, public funding, scientific awards, and academic promotions go to the environmentally correct. Among climatologists, Curry explains, “a person must not like capitalism or industrial development too much and should favor world government, rather than nations”; think differently, and you’ll find yourself ostracized. “Climatology is becoming an increasingly dubious science, serving a political project,” she complains. In other words, “the policy cart is leading the scientific horse.”

This has long been true in environmental science, she points out. The global warming controversy began back in 1973, during the Gulf oil embargo, which unleashed fear, especially in the United States, that the supply of petroleum would run out. The nuclear industry, Curry says, took advantage of the situation to make its case for nuclear energy as the best alternative, and it began to subsidize ecological movements hostile to coal and oil, which it has been doing ever since. The warming narrative was born.

The National Aeronautics and Space Administration played a role in the propagation of that narrative. Having ended its lunar expeditions, NASA was looking for a new mission, so it built some provisional climate models that focused primarily on carbon dioxide, because this is an easy factor to single out and “because it is subject to human control,” observes Curry. Even though it is just one among many factors that cause climate variations, carbon dioxide increasingly became the villain. Bureaucratic forces at the UN that promote global governance—by the UN, needless to say—got behind this line of research. Then the scientists were called upon and given incentives to prove that such a political project was scientifically necessary, recalls Curry. The UN founded the Intergovernmental Panel on Climate Change (IPCC) in 1988 to push this agenda, and ever since, climatologists—an increasingly visible and thriving group—have embraced the faith.

In 2005, I had a conversation with Rajendra Pachauri, an Indian railway engineer, who remade himself into a climatologist and became director of the IPCC, which received the 2007 Nobel Peace Prize under his tenure. Pachauri told me, without embarrassment, that, at the UN, he recruited only climatologists convinced of the carbon-dioxide warming explanation, excluding all others. This extraordinary collusion today allows politicians and commentators to declare that “science says that” carbon dioxide is to blame for global warming, or that a “scientific consensus” exists on warming, implying that no further study is needed—something that makes zero sense on its face, as scientific research is not based on consensus but on contradictory views.

Curry is skeptical about any positive results that might follow from environmental treaties—above all, the 2016 Paris Climate Accord. By the accord’s terms, the signatory nations—not including the United States, which has withdrawn from the pact—have committed themselves to reducing greenhouse-gas emissions in order to stabilize the planet’s temperature at roughly its present level. Yet as Curry elaborates, even if all the states respected this commitment—an unlikely prospect—the temperature reduction in 2100 would be an insignificant two-tenths of a degree. And this assumes that climate-model predictions are correct. If there is less future warming than projected, the temperature reductions from limiting emissions would be even smaller.

Since the Paris Climate Accord was concluded, no government has followed through with any serious action. The U.S. pullout is hardly the only problem; India is effectively ignoring the agreement, and France “misses its goals of greenhouse-gas reduction every year,” admits Nicolas Hulot, the French environmental activist and former minister for President Emmanuel Macron. The accord is unenforceable and carries no sanctions—a condition insisted upon by many governments that wouldn’t have signed on otherwise. We continue to live in a contradictory reality: on the one hand, we hear that nothing threatens humanity as much as rising atmospheric carbon dioxide; on the other hand, nothing much happens practically to address this allegedly dire threat. Most economists suggest that the only effective incentive to reduce greenhouse-gas levels would be to impose a global carbon tax. No government seems willing to accept such a levy.

Is there an apocalyptic warming crisis, or not? “We’re always being told that we are reaching a point of no return—that, for instance, the melting of the Arctic ice pack is the beginning of the apocalypse,” Curry says. “But this melting, which started decades ago, is not leading to catastrophe.” Polar bears themselves adapt and move elsewhere and have never been more numerous; they’re less threatened by the melting, she says, than by urbanization and economic development in the polar region. Over the last year or so, moreover, the planet has started cooling, though “no one knows whether it will last or not, or whether it will put all the global-warming hypotheses in question.” According to Curry, the truly dramatic rupture of the ice pack would come not from global-warming-induced melting but from “volcanic eruptions in the Antarctic region that would break up the ice, and these cannot be predicted.” Climatologists don’t talk about such eruptions because their theoretical models can’t account for the unpredictable.

Does Curry recommend passivity, then? Not at all. In her view, research should be diversified to encompass study of the natural causes of climate change and not focus so obsessively on the human factor. She also believes that, instead of wasting time on futile treaties and in sterile quarrels, we would do better to prepare ourselves for the consequences of climate change, whether it’s warming or something else. Despite outcries about the proliferation of extreme weather incidents, she points out, hurricanes usually do less damage today than in the past because warning systems and evacuation planning have improved. That suggests the right approach.

Curry’s pragmatism may not win acclaim in environmentalist circles or among liberal pundits, though no one effectively contests the validity of her research or rebuts the data that she cites about an exceedingly complex reality. But then, neither reality nor complexity mobilizes passions as much as myths do, which is why Judith Curry’s work is so important today. She is a myth-buster. 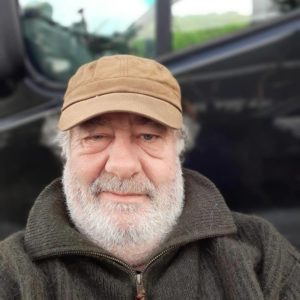